All you need to know about plantation shutters

All you need to know about plantation shutters

As probably everybody is familiar with most kinds of blinds, we will concentrate on the shutters. Not the roller shutters you will find on the outside of a lot of buildings, which aren’t considered being window dressing because of their poor aesthetics, but the so called plantation shutters. 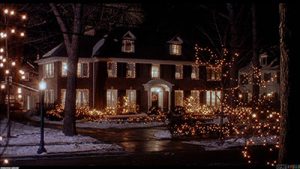 This type of window dressing is quit common in Australia, South Africa and the south of the U.S.A., as you can see in every TV show and motion picture. Nowadays they are very trendy in the U.K. and the northern part of mainland Europe, but although the idea originated in the Mediterranean (it was the Spanish who introduced them in America) you will have trouble finding any in Spain. Except with ShuttersInSpain, of course. So let us tell you more about this magnificently stylish product.

The differences between shutters, blinds & shades

Today we will start with what plantation shutters are made of, and pointing out some of the different materials on the market.

What are plantation shutters made of?

Shutters can be made of a variety of materials and each supplier decides what materials they like working with. For example, Jasno and Copahome have chosen to offer just 2 or 3 materials, whereas ShuttersInSpain works with 7. This gives us much more flexibility in offering the right shutter for the job. Most brands have chosen to only offer interior shutters, whereas we also offer exterior ones.

Shutter in Spain offers a variety of shutters including:

The most popular option in the above list is Basswood, this is because it is a stable, light and most of all cheaper type of wood. Basswood
can also be painted in any color you desire to match your current décor, but it can also be stained so the wood structure really comes to it’s right. Basswood is also the perfect option if your windows have a particular shape such as round or triangular.

Shutters made of engineered wood are also an option. Jasno`s ECOWOOD range is an example of this. The downside of using engineered wood, but also aluminium and pvc for your shutters is that most of them are only available in a limited selection of colors, are a lot heavier than basswood shutters and they can not be made to measure for round windows like Basswood does. But they have their advantages…

Most aluminium and PVC shutters are not available in special shapes such as round or triangular, but they do offer water or damp resistant solutions for bathrooms & exterior windows.
Most suppliers such as Jasno (although being Europes biggest) have a limited offer when it comes to alternatives and therefore sometimes are difficult to include in many projects.

The way shutters are constructed and assembled is for all brands the same: a classic mortise-and-tenon joint for maximum glued surface, and nylon pins to move the slats.

Shutters are not just made of wood, aluminum or PVC. The most important part of shutters are the hinges. 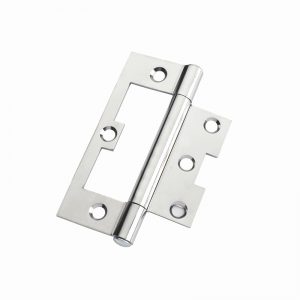 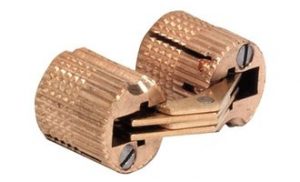 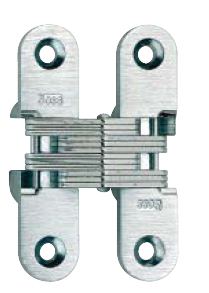 While most factories, mainly under influence of the American, South African & Australian market, continue to work with non-mortise hinges, some suppliers have decided to work solely with drilled in or flush mounted hinges which are practically invisible. Unfortunately most of the “invisible” hinges are still too weak and especially if you are using a heavy material such as Jasno`s Ecowood, you will need a lot of hinges to keep your shutters looking tidy, and even then after a while the panels will tend to sag.

ShuttersInSpain offers both the traditional and the invisible hinges. Our hidden hinges are much more robust than the traditionally used round ones, which makes that, combined with the basswood range we do not need as much of them to ensure panels stay where they need to be and can be enjoyed for many years. This combination is a great success especially with European clients.

The benefits of shutters VS blinds & shades

While shutters are typically the more expensive option compared to blinds, they are the most beautiful and longer lasting option. Furthermore, installing tailor-made shutters to your windows will add real value to your home!
Shutters will give your home the ultimate privacy and security and are very durable to last for many years. They are easy to maintain and fit in any décor, regardless if your home design is Art Deco, Period or Contemporary. Shutters even look good in apartments or studios!

If you can’t decide between shutters or blinds, why not make an appointment with ShuttersInSpain today and visit our showroom. We have samples of every design, color or material we use and are happy to put together a free no obligation to buy quote for your home.

Next blog we will look deeper into the possibilities of shutters, and possible restrictions for their fitting.

Leave a reply Click here to cancel the reply

This site uses Akismet to reduce spam. Learn how your comment data is processed.